Hit enter to search or ESC to close

Airline clients often ask me “Why report profitability at the flight level rather than the route level?” Where an airline is only running Aircraft Round Trips (ART) once a day on a particular route the flight cost from one day to the next doesn’t change much and route level costing is enough.

A well-known long-haul carrier told me its business model was daily round trips in a 24-hour cycle. I couldn’t say that implementing ‘flight route profitability’ would add value to their existing route level profitability reporting.  In my experience, however, this is a rare example and there are five good reasons to make the investment in a flight level profitability solution.

FLIGHT (“LEG”) PROFITABILITY IS A NEEDED FOR AIRCRAFT ROUND TRIPS CONTRIBUTION.

All airlines need to understand the contribution from aircraft round trips, normally defined as the legs flown by a single aircraft in one cycle returning to its base. However, an aircraft round trip may be two or more legs, each leg being a flight from one station to another. Often the legs are not simple outbound and inbound flights.  They may involve multi-leg round trips from airport A to B to C to D, then back to A.

Without flight level route profitability the true contribution from the aircraft round trips cannot be known. It is common for instance, for an outbound flight in the busy period of the day to be very profitable, because it has a high load factor, then for the return flight in the middle of the day to be empty and unprofitable.  To plan the most profitable combination of legs, flight level route profitability is required.

FLIGHT LEVEL PROFITABILITY IS A KEY COMPONENT OF NETWORK CONTRIBUTION.

Given that direct flight costs from different aircraft round trips on the same route can vary, a flight level understanding of passenger contribution and flight contribution can support operational and tactical pricing decisions.  Budget airlines can offer seemingly giveaway prices, not just to build route load factors, but because they have worked out that the marginal cost per passenger is relatively low.

Data volumes required for flight level route profitability can be large. A client with 350,000 flights per annum processed 16 million lines of data, mainly volumes from the flight movements system.  They generated 60 million result lines. The big application and hardware vendors are now offering integrated hardware, database and “in memory” processing technology. 20-fold improvements in end-to-end processing times are now possible.  From having to process 16 million data records in an overnight process just a few years ago, it is now possible to generate ‘doors closed’ profitability and run scenarios on the entire network in a matter of minutes.

I really like to hear your comments.  Do you measure flight-level profitability?  If not, what do you think of my reasons why you should?  Add your comments below.

For more on Cost and Profitability Analytics visit our dedicated page or get in touch with me to explore your specific requirements today! 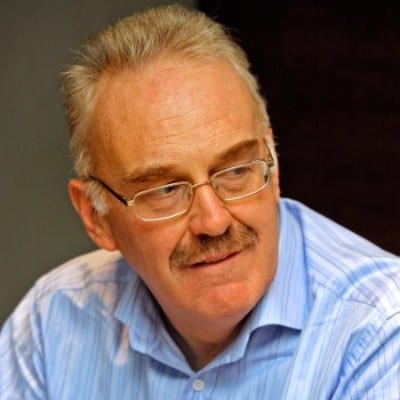 Steve's passion is to help finance departments become genuine business partners, transforming them from corporate historians into fortune tellers, so that CFOs become relied upon for insights into the effect of decisions on future profitability. Steve qualified as an accountant with PwC and spent 15 years of his early career in CFO roles, before forging a career in cost management consulting, spanning over 20 years. Steve has implemented large cost management projects and developed deep expertise in key sectors including Airlines, Utilities and Manufacturing. Prior to establishing Profit& in 2016, Steve was a Director in PwC Finance Consulting and Cost Management Practice Lead in Vantage Performance Solutions. Steve also led Consulting Practices for Cost Management in technology firms including SAP, Business Objects and ALG Software.

The Road to Better Planning For The Automotive Industry

Connected Planning For The Packaging Industry

This site uses Akismet to reduce spam. Learn how your comment data is processed.

Profit& is a management consultancy that converts your complexity into innovative business performance management solutions.

Anaplan is the leader in Connected Planning. Their purpose-built software, powered by their patented Hyperblock engine, enables dynamic, collaborative, and intelligent planning. As a Silver pier Partner, we have an established level of Anaplan experience and can offer customers consistent, reliable service quality.